"On Thanksgiving, Buffy encounters the spirit of a Native American warrior whose people were wiped out by settlers."

Crossfire!
Zelda: Ooh, dead human comin' up!
Daniel: You got way too excited.

The Girl's So Hot, She's Buffy

"Spike finds himself targeted by a group of commandos after he escapes from a military lab underneath the Sunnydale campus." 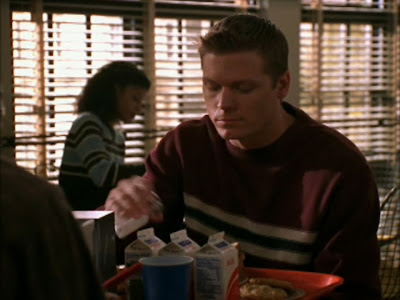 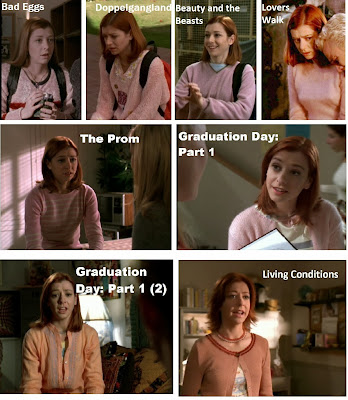 Forrest: Hey, Parker!
Daniel: Ugh.
Zelda: Goddammit
Daniel: I totally forgot he was back.
Zelda: Me too.
Both: Ugh.

Daniel: "You're right.  A human being in pain has nothing to do with your job." - Buffy being awesome.
Zelda: "And remember, if you hurt her, I will beat you to death with a shovel. A vague disclaimer is nobody's friend. Have fun!" - Willow

"Oz finds himself unable to control his attraction to Veruca, a sexy singer who just happens to be a werewolf."

Zelda: I don't have one. I'm too sad. Daniel suggested one from the alternate universe where Oz doesn't leave, so we're going with, "You're right, it's unfair of me to make all the decisions. I'm gonna stay here and meditate and whatnot and we're gonna try to work this out oops Tara's here."
Daniel: "People? Kind of an epidemic." ~Willow