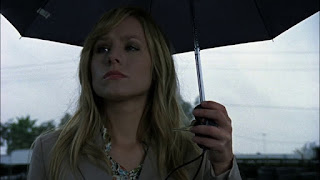 "After learning Logan had slept with Madison, the girl Veronica holds responsible for her rape, Veronica tries to deal with it, even if that means NO SLEEP [calm down, imdb]. Meanwhile, Tim Foyle's girlfriend asks Veronica for help to find who gave her a pill that aborted her fetus. Also, Veronica asks Weevil for a favor--one that might just take him back to his old days." 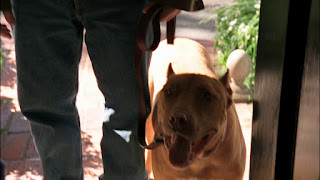 
Favorite Lines:
Zelda: "You sought me out. That can only mean one thing: you need a favor." - Weevil, giving us some high school nostalgia
Daniel: "You do your hair like that to cover up the three sixes on your scalp, right?" - Veronica 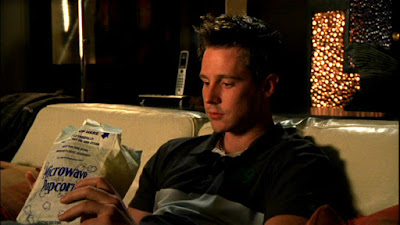 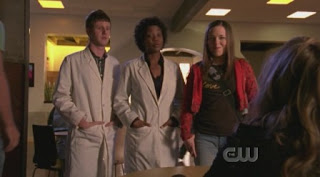 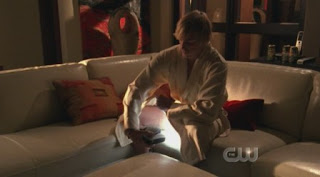 "Dean O'Dell reinstates the Greek system on campus and, determined to solve the campus rape case, Veronica, along with Mac, Wallace and Piz, attends a party armed with coasters designed to test for drugs in the drinks of her peers. Meanwhile, Dean O'Dell hires Keith to investigate whether or not his wife is cheating on him." 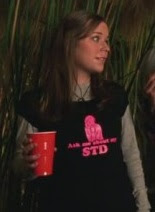 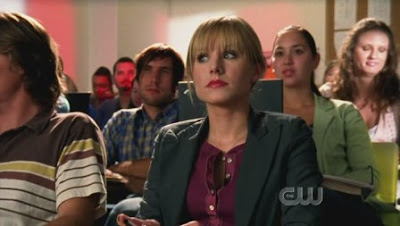 Dean O'Dell: What are you doing here?
Z: Aw, Dean O'Dell, don't you know those are famous last words?
D: Especially if the camera can’t see who you're talking to!

Daniel:  "When I look at the two of you, all I see are a couple of petri dishes” -  Veronica
Zelda: "I think we have a choice. I think we can take a tough but survivable amount of pain now, or stay together and deal with unbearable pain later." - Logan