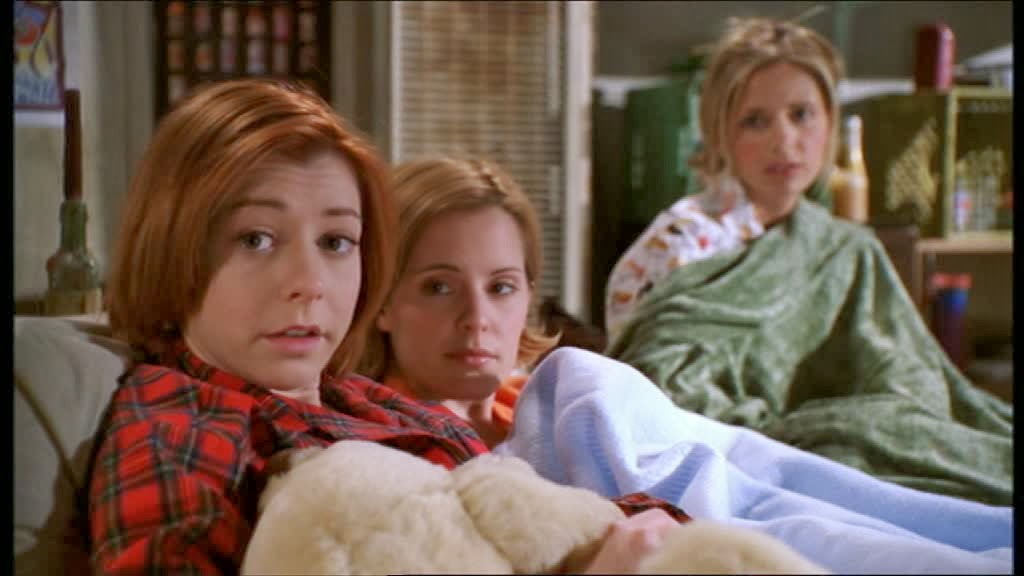 "Tension erupts between Buffy and an ailing Riley as they pursue Professor Maggie Walsh's killer."

Crossfire!
D: (Starting the episode) "Goodbye Iowa. Aw, Riley."
Z: "Whatever."
Willow: I really like just talking and hanging out with you and stuff.
D & Z look at each other, roll eyes.
Z: And STUFF.
D: Have they...stuffed yet?

Zelda: "Maggie tried to kill me." // "It didn't work, but they're all upset anyway." - Buffy/Anya
Daniel: "You really should get yourself a boring boyfriend like Xander.  You can't have Xander." -Anya

Irony's Kind of Ironic That Way 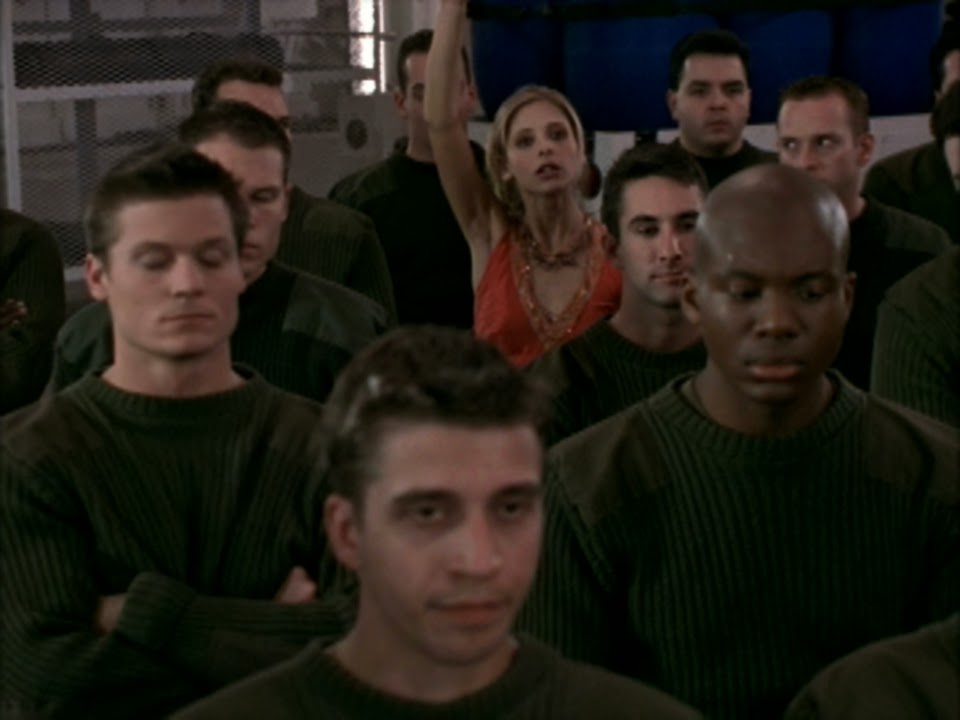 "Buffy joins the Initiative, but her self-reliant and curious attitude doesn't mesh well with the military's chain of command."