I Have Finesse Coming Out of My Bottom

"While Giles is in England meeting with the Watcher Council, a bickering Anya and Willow mind the magic store and inadvertently conjure up a fearsome troll."

Sophia: "I have finesse! I have finesse coming out of my bottom!" - Anya
Daniel: "If you ever decide to go, I want a warning. You know? Big flashing red lights, and-and-and one of those clocks that counts down like a bomb in a movie? And there's a whole bunch of, of colored wires, and I'm not sure which is the right one to cut, but I guess the green one, and then at the last second, "No! The red one!" and then click, it stops with three-tenths of a second left, but then you don't leave. Like that, okay?" -Anya
Zelda: "That's insane troll logic." - Xander 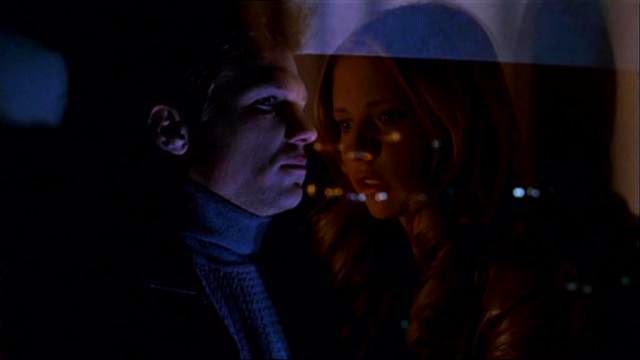 "After Buffy catches Riley in the clutches of a vampire-junkie, Riley makes an important decision regarding their relationship."

*We thought it important to say that the words in blue are Sondheim lyrics from Into the Woods.  Not that you didn't know...but just in case you thought it was ours.

Zelda: "I dislike that Anya! She's newly human and strangely literal!" // "I don't say that. No one says that. No one talks that way." - Anya/Willow
Daniel: "We have to see the chimp playing hockey! That's hilarious! The ice is so slippery, and, and monkeys are all irrational. We have to see this." ~Anya
Sophia: “If what he needs from you just isn’t there – for God’s sake, let him go. But if it is? If you can go deeper, let him get to know that raw, unguarded heart you tried to put away. Maybe you’d better risk something too.” – Xander