"The Geek Trio begin their plans by testing Buffy's abilities and subsequently ruining her attempts at employment."

Daniel: "What the f--" *camera cuts away* - Buffy
Zelda: "Timothy Dalton should get an Oscar and beat Sean Connery over the head with it!" - Andrew

"Buffy's life is further complicated by mounting financial problems, a flooded basement, and a warrior demon out for her blood."

Anya: *makes valid suggestions and actually sits down with Buffy to try to help her with her finances*
Willow & Tara: *stares blankly at Buffy expecting her to do and come up with everything,* *Also criticizes Anya for her suggestions* *Lives in house rent free and does absolutely nothing to help out*
Dawn:  *Actually yells at Anya for helping.  Also, does nothing whatsoever to help.*
Zelda & Daniel:

Favorite Lines:
Zelda: "Having Buffy back in the world makes me feel ... indescribably wonderful, but I wouldn't congratulate you if you jumped off a cliff and happened to survive." - Giles
Daniel: "No, no. Captain Logic is not steering this tugboat. I smell Captain Fear at the wheel." - Anya 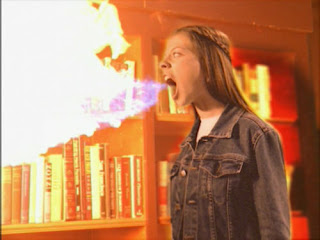 "As Buffy and the Scoobies adjust to her resurrection, they find themselves dealing with a mysterious spirit-demon brought back with her." 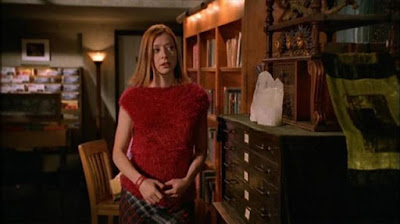 Favorite Lines:
Daniel: "You're like a snail. A snail that drives very slowly." - Anya
Zelda: "I do remember what I said. The promise. To protect her. If I had done that, even if I didn't make it, you wouldn't have had to jump. But I want you to know I did save you. Not when it counted, of course, but after that. Every night after that. I'd see it all again ... do something different. Faster or more clever, you know? Dozens of times, lots of different ways ... every night I save you." - Spike