A Trigger, a Soul, and a Chip 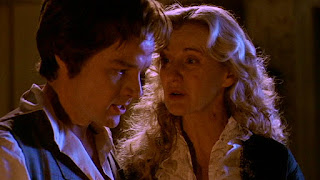 "Robin Wood seeks revenge on Spike for killing his mother nearly 30 years ago, whilst everyone else tries to find out how The First has control over him."


Daniel: William: "You'll like her." Drusilla: "To eat, you mean?"
Zelda: The entire Who's On First routine with Buffy, Giles, and Wood regarding Spike's trigger, chip, and soul.

We Are As Gods

"Andrew creates a documentary called 'Buffy, Slayer of the Vampyres,' a record of the current situation in Sunnydale to show to future generations. He manages to capture many important moments, and to annoy almost everyone in the house. But Buffy needs to tear him away from his filmmaking because the Seal of Danzalthar is active and Andrew may hold the key to closing it before it destroys the town."