This Must Be a Real Kafkaesque Experience For You 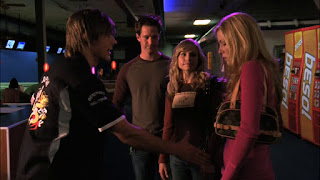 "Veronica is accused of plagiarizing her paper for Professor Landry's criminology class. In trying to clear herself, she discovers that her mentor is not who she thought he was. Wallace is pardoned by Dean O'Dell for cheating on his exam, but makes a decision that could affect his college career. Piz invites Veronica to a night of bowling and she decides to bring Logan and Parker, unaware Piz wanted the evening to be more of a date."

D: What’s his name?
Z: Mercer Hayes.
D: And we’ve seen him before?
Z: Yeah.
D: See, that’s why he’s the perfect suspect, because I have no idea who he is every time I see him.
Z: That’s me with Chip Diller. I know we’ve met him but he’s a blank.
D: Who’s Chip Diller?
Z: The frat guy V accused in season two.
D: And who’s this guy?
Z: Mercer Hayes. 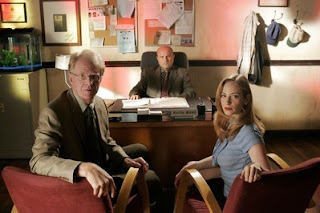 "It's Halloween at Hearst and while Veronica is looking for Logan at the underground campus casino, the place is robbed and the thieves take Veronica's necklace, given to her by Lilly Kane. Meanwhile, Dean O'Dell and his wife Mindy seek Keith's help in tracking down Steve, the biological father of Mindy's son, who is deathly ill. Wallace, distracted by a new group of friends, struggles to pass his Mechanical Engineering class." 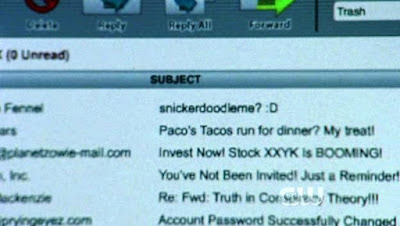 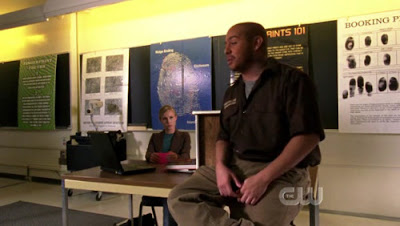 Show: shot with weirdass poster in the background
Z: *stentorian voice* THIS IS YOUR GOD
D: Yeah, what IS that
Editor: Turns out the poster was designed by Shepard Fairey, best known for “Andre the Giant Has a Posse” and the Barack Obama “Hope” poster. Daniel: "If I don’t bring up the law, this won’t be considered a billable hour." - Cliff
Zelda: "Had his dog put to sleep, and let the record show, the dog was quite surprised by this decision." - Cliff 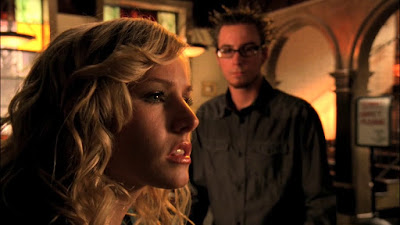 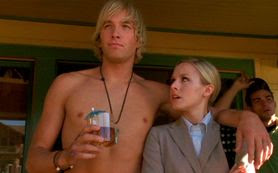 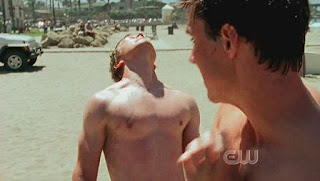