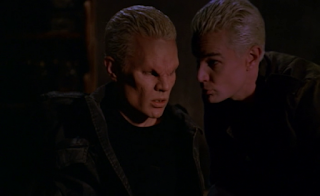 Zelda: "I used to tell the truth all the time when I was evil." - Anya
Daniel: Anya: “If I get vamped, I’m gonna bite your ass.” Xander: “Wouldn’t be the first time." Anya:“What was that?”

It Eats You Starting With Your Bottom

"Buffy has a conversation with a vampire who once went to Sunnydale High, and learns something interesting about Spike. Joyce materializes to Dawn in the living room. The ghost of Cassie brings a message to Willow from beyond the grave. Meanwhile, Andrew and Jonathan have returned to Sunnydale on a mission to save the town."

Daniel: Holden: ...you just don't seem as thrilled. Is it because we're gonna fight?
Buffy: It's because I'm gonna win

Zelda: "You keep leaving me, I hate it when you leave me. One time you died and I ended up a Mexican." - Andrew. I don't know why I love the absurdity but I do

That Guy in the Jacket 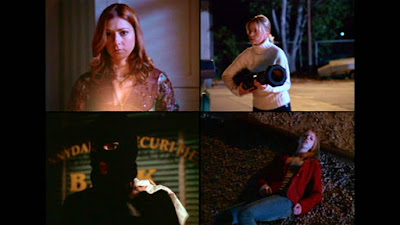 "Dawn's simple crush on Sunnydale High's star quarterback RJ starts to become obsessive, leading Buffy to investigate the boy herself. When Buffy, along with all the other women who see RJ, also fall in love with him [your grammar is a mess, imdb], Spike and Xander must team up to discover the source of this attraction. But first they have to keep the women from doing anything crazy in their competition for RJ's affection." 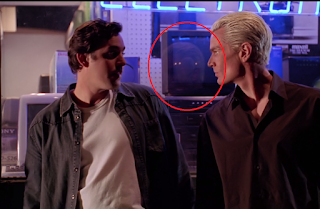 
Zelda: "AJ is my best friend and dearest darling!" // "It's RJ!" - Anya/Willow
Daniel: "Willow's not very good with the practical strategizing - except when she's evil. And Dawn, she's not really good for anything." - Anya 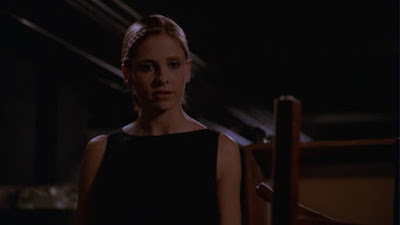 Have You Googled Her Yet? 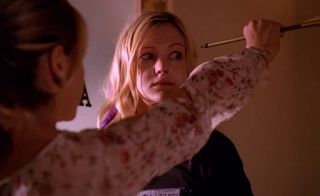 
"Buffy begins a new job as school counselor at Sunnydale High. On her first day she encounters a troubled young girl who is convinced she is about to die."

Favorite Lines:
Zelda: "You think I want this? You think I don't care? Believe me, I want to ... be here, do things. I want to graduate from high school, and I want to go to the stupid winter formal ... I have this friend, and it would be fun to go with him. Just to dance and hear lame music, to wear a silly dress and laugh and stuff. I'd like to go. There's a lot of stuff I'd like to do. I'd love to ice skate at Rockefeller Center. And I'd love to see my cousins grow up and see how they turn out cuz they're really mean and I think they're gonna be fat. I'd love to backpack across the country, or, I don't know, fall in love? But I won't. I just never will." - Cassie
Daniel: "You know, I'm really tired of everyone being so insecure." - Amanda, about bullies
Arc/Continuity Stuff: 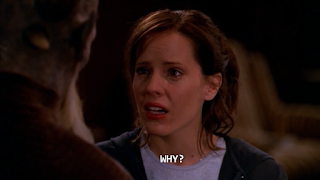