Just When I Think I'm Out, They Pull Me Back In

"Veronica spends the summer trying to become 'normal' again, but finds it difficult when Wallace is kicked off the basketball team for testing positive for drugs. Meanwhile, Keith is finding it hard to cope with popularity after releasing his book on the Lilly Kane murder, Logan takes refuge from the paparazzi at Dick and Beaver's, and a field trip to the local sports arena has shocking consequences."

Veronica and Wallace: long scene in Clemmons's office looking for forgeries
Zelda: When does the bus happen?

Logan: What I'm trying to say is I'm in love with you.
Zelda and Daniel: awwwwwww

Daniel and Zelda:
Keith: How was your first day of school, honey?
Veronica: Great. I beat up a freshman, stole his lunch money, and then skipped out after lunch.
Keith: What? No pre-marital sex?
Veronica:

Dead Humans - 8 (the bus victims total is confirmed next episode as 7)
Backup Sighting - 0
Veronica Breaks In - 1
Veronica Tases Someone - 0
Mac Hacks - 0
Who's Your Daddy? - 0
Wallace Does Veronica a Favor - 0
Veronica Wants a Pony - 0
Logan Punches Someone - 0
Logan Kicks Weevil in the Head - 1
Dick's Single Entendres - 1 (shocker gesture)
Logan's Single Ententres - 2 (shocker gesture, "Can Dick and Beaver come out and play?")
Duncan's Single Ententres - 1 ("Let me guess, you want to pluck her?")
Shenanigans Called - 0
VERONICA WAS RIGHT - 0
VERONICA WAS WRONG - 0
Posted by Zelda Knapp at 11:58 AM 2 comments:

Do Me a Favor, Season One?

This is a pretty perfect first season of television (that homophobic episode aside). It knows from the beginning what kind of show it is, what style, aesthetic, what world view it has. Veronica herself is not as straightforward a hero as our Buffy was, but I do think these two scrappy blondes would get along. Veronica carries a lot of baggage, but she's pretty good at figuring out how to channel her anger and pain so that the splashback doesn't hurt too many innocents - and when she realizes it has hurt someone who didn't have it coming, as with Wallace, she does try to make amends. I like the depth of the cast on this - just look at how long the list of recurring characters is. Some recur frequently, some just once or twice, but it's a great acknowledgment that there's a whole town/school, and that you might see the same face more than once (like Buffy's Jonathan, but ... more than one person). And it's great payoff whenever someone we thought was a one-off returns, as in "A Trip to the Dentist." It also keeps more people in play as potential suspects in the Lilly Kane of it all. I like how smart the characters are (well, the non-Don Lamb characters anyway), I like the relationships built and the backstory we see to those relationships in the Lilly days. And man, are we lucky in our leads - Kristen Bell and Enrico Colantoni are just completely wonderful, and the show wouldn't work nearly as well if their chemistry and relationship didn't feel as real as it does. (Also god I love Jason Dohring. A great example of a character becoming more interesting in the writing, in response to the quality of the performer) I like the final reveal of who killed Lilly, because it's as awful as it needs to be, feels unexpected and yet - looking back - the clues were there. (fine, fine, I'm sure some of you figured it out. mysteries are not my forte) I know the show kind of peaked in Season One, so in a sense it's a bit downhill from here, but I'm still looking forward to the next step in our journey. Especially the Mac part of it. I love Mac! 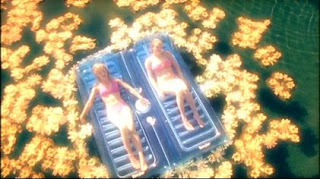