"After being bested in a fight by an ordinary vampire, Buffy asks Spike to explain how he killed two Slayers many years earlier."

Daniel: Xander: What's with the hand move? Does that like mean something? // Anya: It means to follow him. That, or wait here for him.
Zelda: "The King of Cups expects a picnic ... but this is not his birthday." - Dru


When relatives arrive in Sunnydale, to celebrate her birthday, Tara uses a magic spell on her friends to keep them from learning her "secret." Meanwhile, Glory unleashes a hoard of demons to hunt down Buffy.

Happy 100th Post!  Zelda and I would like to thank all our readers for following us, reading us, and sharing in our Buffy love.  To celebrate, here are a bunch of dancing gifs.

Crossfire!
Tara: A half camel.
Daniel: That's a stupid line
Zelda: I didn't used to get it
Daniel: it's like the front half a costume.
Zelda: No, it's like an ice skating thing, isn't it?
Daniel: Is it?
Google: It's a yoga pose.
Daniel & Zelda: We get it, but it's still not funny.


Dawn: Only losers drink alcohol.
Everyone: *awkwardly puts down solo cups*
Daniel: Are they even 21?
Zelda: No! Well, maybe Riley and Giles. But Tara just turned 20, so ...
Daniel & Zelda: Shenanigans!

Daniel: “But it’s still not funny.” – Anya, following Tara's explanation of her 'joke'. 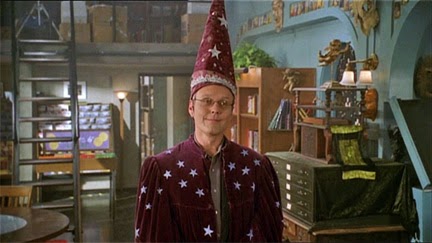 "Buffy learns more about Dawn after she discovers a mysterious orb linked to a group of monks being pursued by an incredibly powerful force." 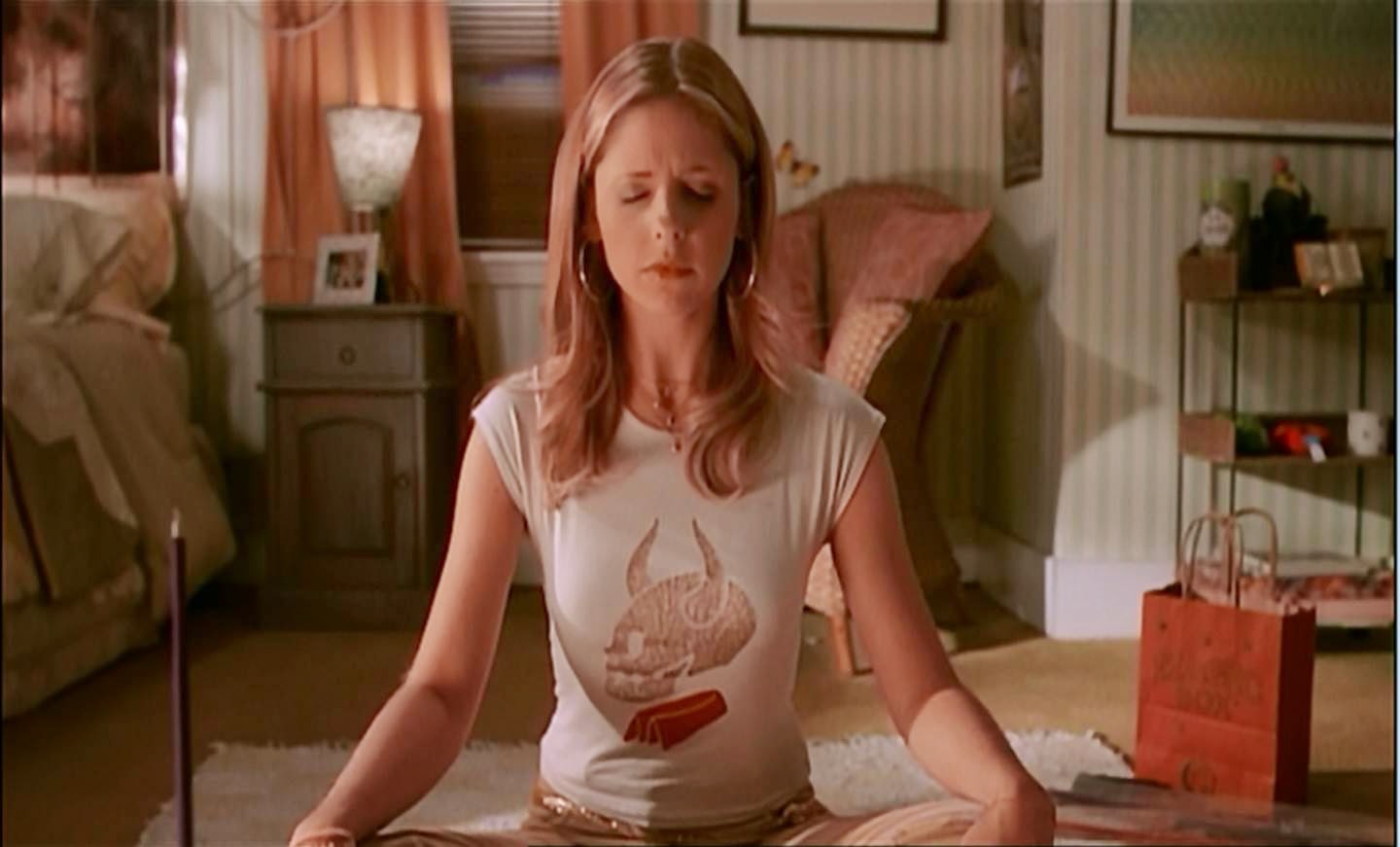 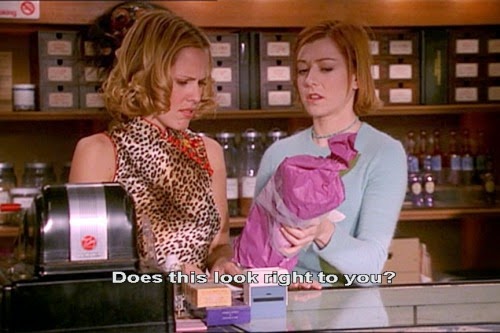 Ben: [mispronounces muscle]
Zelda: [looks triumphant at Daniel]
Daniel: It's not a mispronunciation. I've heard people say that. It's like a jokey thing.
Zelda: No, it's not!
Daniel: Yes it is! I've heard people do that.
Zelda: I've never heard anyone do that! You're lying.
Daniel: I'm not lying! I swear. No one would actually mispronounce muscles unless it's on purpose. It's not a medical term, it's a word! It's an everyday word!
Zelda: [glares]