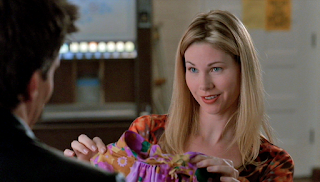 “Wolfram and Hart are sponsoring a fund raising benefit for a local teen shelter. Angel is suspicious of their motives and starts investigating. Meanwhile, Wes, Gunn and Cordy work to establish their own detective business.” 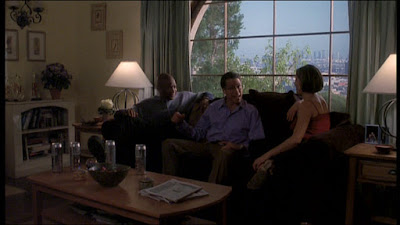 Crossfire!
D:  So he was in Juarez. And Boone’s going back to Brazil.
Z: … You’d think they could try to cast a Latino actor for Boone.
D: Right? What the hell?
Z: What the hell?

Favorite Lines:
Zelda: “Can we really change the world? At Wolfram & Hart, we’re counting on it.” – Holland.
Daniel:

Angel! In! History!
In the 1920s Angel was in Juarez in Mexico and got into a 3.5 hour fight with Boone over “a seniorita.” It ended when the sun came out.
Stats:
Cordelia’s Hair – chin-length bob, blonde stripey highlights, side part
Dead Humans – 0
Dead Undeads – 1
Dead Flashbacks – 0
Dead Lawyers – 0
Cordelia Has a Vision – 1
Wesley Prat-falls – 0
Lawyered Ex Machina – 0
Evil Reveal – 0
Unevil Reveal – 1 (Boone’s in cahoots with Angel)
Shenanigans Called – 2
Apocalypse Called – 1 (there’s gonna be one)
Prophecy Called – 1 (and Angel will be a major player)
Posted by Banya at 11:47 AM No comments: 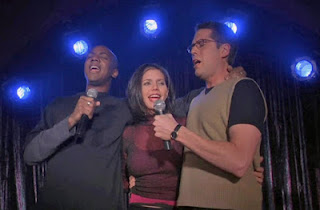 “After firing Cordelia, Gunn and Wesley, Angel trains for a showdown with Darla and Drusilla while the others decide what to do with their lives.” 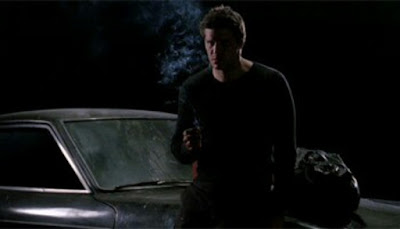 Crossfire!
D: Wow, does Angel really not talk the entire episode? I didn't catch that.
Z: I think so, yeah. And it's just a narrative conceit because clearly he had to say something so Merl knew what he wanted to know.
D: I wonder if they only gave him that dumb internal monologue after the table read when David was all - dude, the lead has no lines?
Z: I half wondered if he had laryngitis.
Favorite Lines:
Daniel: “Ooh, Flogging. Eww, Churches.” – Drusilla
Zelda: “You may have turned your back on your mission, but we haven’t. Someone has to fight the good fight.” – Wesley 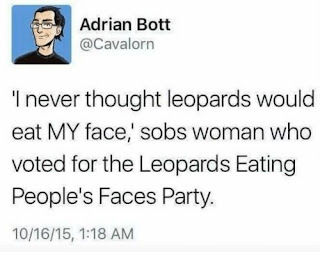 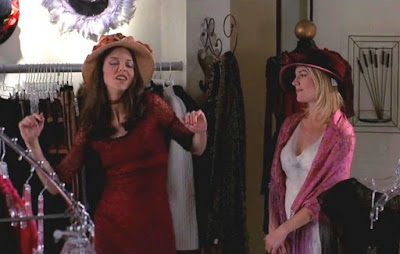