"A giant worm-like  creature begins stalking a young girl [woman]. As the gang begins to investigate, they realize its appearance in Sunnydale may be linked to Anya."


Crossfire!
[context: Zelda recently went full-Khaleesi with her hair]
Spike: *shows up with freshly-bleached hair*
D: (to Z) And it took you six hours to peroxide your hair?
Z: Yes, but for roots it would only take like an hour and a half.
D: So he had time after being crazy this morning.
Z: Yes.
D: And apparently stopped by H&M as well.
Z: And they didn't have his size so he bought smaller.

Crossfire, Part Deux!
Nancy: *hits on Xander*
D: Your dog just died!
Z: It's not like her husband just died!
D: No, it's worse!

Arc/Continuity Stuff:
First appearance: "From beneath you, it devours"
Recurring: potential and bringers, Principal Wood, Giles
Shoutout (the second) to Principal Flutie

Synchronized Swimming - Complete Mystery to Me.


"Sunnydale High is reopened, with a new designed campus and a new principal, Robin Wood. It is Dawn's first day at school there and Buffy accompanies her to class, only to discover evil spirits lurking in the basement." 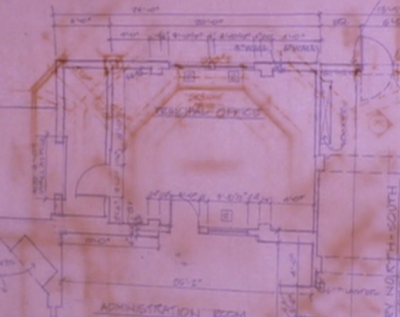 Favorite Lines:
Daniel: Halfrek: Waitress downtown wished her husband was a frog? You made him French.  Anya: well, he's smelly and with a little mustache...
Zelda: "Humnu?" - Buffy

The huge drop in our Dead Humans stat was enough to give us pause that we hadn't been counting properly, but it is true that most of what we've battled this season has been either less deadly (the Trio) or more emotionally destroying than the other thing (except when they kill Tara, which is both). Our Dead Undeads count is up in a big way, so go Team Not Evil! We're also impressed that, with Giles's largely absent role this season, he still managed to maintain his clean glasses, and even increased his concussion rate! As for the drop in Shenanigans called, we're inclined to attribute that to apathy about taking it to that degree, considering how much we carped along the way.

Since this is the first season of the show I watched "live" (as opposed to two episodes a day as syndicated on FX), a lot of this is going to be comparing my experience then to my experience now.

I will say that re-watching it this time, particularly with discussions with you all, has helped me better appreciate the ebb and flow of Buffy's depression, as portrayed here. The internet has also educated me that the writers did intend for Buffy to "heal" sooner, then delayed Tara's death and Willow's turn, and that can also explain why they couldn't seem to make up their minds there.

I also remember feeling supremely annoyed with what felt to me like a largely forced plotline of Willow's addiction. Never before this season had we seen magic portrayed as something addicting. We saw it first as a liberation for Willow, and later as a metaphor for her relationship with Tara and her exploration of her sexuality. I know many people felt betrayed by the shift of the metaphor here, and I'll agree it wasn't handled cleanly. They do some backpedaling in the next season, as separating good magic from bad, and recognizing that cold turkey isn't the healthiest approach for Willow. But I'll also say that our rewatch of the whole series has helped me much better appreciate this season's arc for Willow and I actually believe it's very well grounded in how we've seen her develop. Because it's not about magic per se - it's about power. It's about not feeling helpless. It's about an addiction to control and emotional shortcuts. Tara doesn't object to Willow using magic as a rule, but she objects her using it as a crutch - as the first recourse to every problem solve. And Willow's need for control, her fear of being exposed as nothing underneath, is something we've seen as far back as Season One. So I'm cool with that now.

The Trio is such a mixed bag for me - I think the actors are funny, the nerd debates feel very familiar, but they're frustrating as a villain, even if it was a bait-and-switch that we weren't supposed to see coming. And my god the misogyny. I still don't feel Andrew ever truly receives his comeuppance for his actions this season, as he becomes pure comic relief in Season Seven.

As for Dawn ... blah, the inconsistent characterization is so reminiscent to me of Angel in Season One. I blame the writers for not getting it together, but I also kind of want to blame MT, who has only a few colors to paint with, range-wise. Xander's arc is frustrating but consistent. Anya's arc is depressing (and will get more so next season, particularly when the writers just stop writing anything for her at all, wtf), Giles abandoned us, and Tara revealed herself to be the most stable of the Scooby Gang, so of course she must be killed.

Season Six is a hard season to watch, but I'll always be grateful it gave us Once More With Feeling and Tabula Rasa - two gems in the BtVS canon.
Posted by Zelda Knapp at 11:53 AM No comments:

"The Scoobies continue to try and stop Dark Willow, who is now intent on destroying the world. After Dark Willow neutralizes Buffy, though, Xander is the only one left who can save the day. Meanwhile, in Africa [never not funny], Spike completes the demon trials and gets his reward."

Daniel: "Things have really sucked lately, but it's all gonna change. And I wanna be there when it does. I want to see my friends happy again. And I want to see you grow up. The woman you're gonna become. Because she's gonna be beautiful. And she's going to be powerful. I got it so wrong. I don't want to protect you from the world. I want to show it to you. There's so much that I want to show you." - Buffy

"After killing Warren, Dark Willow tries to track down Andrew and Jonathan. Meanwhile, in Africa [brb, dying of laughter], Spike battles against a numerous amount of foes to try to get his chip removed [this entire summary is a mess]." 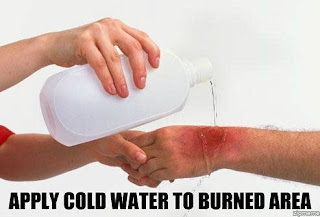