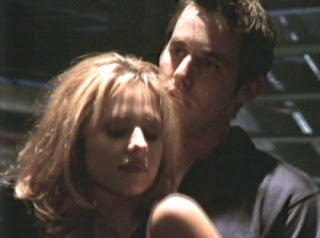 "Buffy returns from summer vacation sporting an attitude and suffers from recurring nightmares involving the Master. Meanwhile, the Anointed One and his followers plot their revenge."