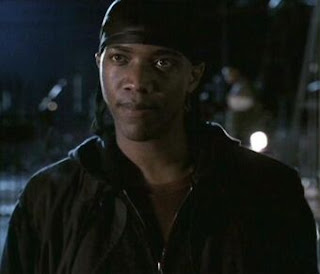 “As Angel helps a nerdy billionaire retrieve some compromising photos, he encounters a group of street kids defending against an invasion of vampires.”

A Note from Zelda and Daniel:
As readers of this blog know, we typically post on a Tuesday. Last week, that coincided with #BlackoutTuesday, a day when white content creators were encouraged to stay silent unless they were amplifying the voices of black artists and activists. Last week also coincided with global protests on behalf of Black Lives Matter: protests against centuries of systemic racism and policy brutality, spurred by the recent murders (and lack of justice sought for their murders) of Breonna Taylor, George Floyd, and Ahmaud Arbery. Those protests and that fight still rage on this week, even as police come to these protests in riot gear, ready to attack unarmed protesters, medics, press, and legal observers with sometimes lethal force. We support the protests happening worldwide, and we categorically condemn police brutality and the systemic racism endemic in U.S. law enforcement. We're back this week with a rather timely episode: the introduction of Charles Gunn to the world of Angel. But when we're not blogging, we are lending our voices to the cry for justice. We know that we all have a lot to learn to continue to grow as individuals, and we are continuing to listen and educate ourselves on how to be better allies. We encourage you to do the work with us, and check out the following resources:

#BlackLivesMatter
American Civil Liberties Union
A list of funds for supporting black people, especially those in the queer community. This document also includes bail funds and tips for staying safe while protesting.
A working document on how to be a better anti-racism ally (reading resources and action plans). 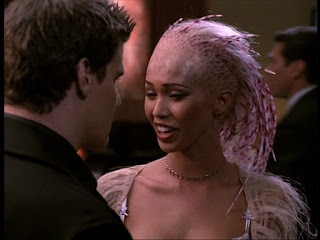 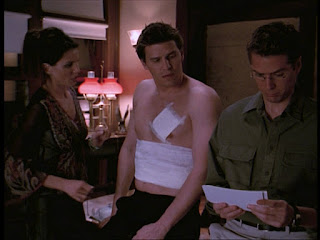